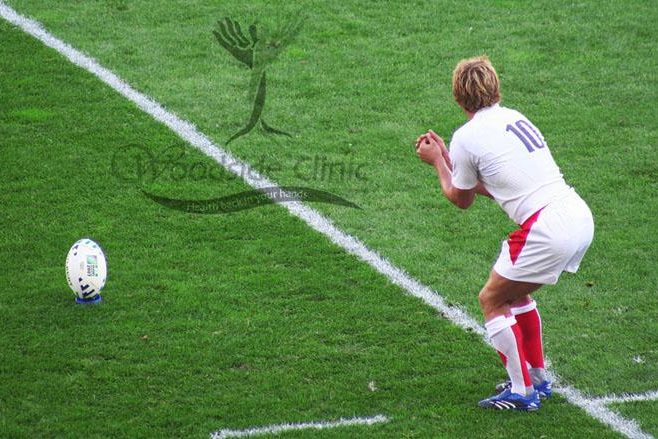 Rugby season has ascended upon us with the six nations championship. It has provided moments of excitement and angst to date with the best of northern hemisphere prowess. The physicality and athleticism of the game creates a new dimension with players like French prop Uini Atonio measuring in at 6’6” and 24 stone.

Players are required to have:

If lacking in these attributes a player can be exposed to injury, leading to medical intervention. Some strategies of the rehabilitation to get these players back to fitness after these acute injuries will now be discussed and could be implemented into your plan to return to sport. Reoccurring Hamstring Strain in Rugby Player
A 28 year old gentleman, playing at senior level at one of the local rugby club, presented with a hamstring injury following a training session in mid winter. On further questioning, it seems that this happened at least once or twice every season for the last 8 years. Often this has resolved with some physiotherapy and rest. This time the injury has not settled and was increasingly getting worse.

After an initial assessment, a treatment plan was developed which included intensive physical therapy and rest and some home based hydrotherapy. He missed the rest of that season while he recovered. After full recovery and following further assessments it was found that he also had relatively poor core strength and hip flexors. By adding Pilates (to strengthen the core musculature) and more targeted exercises for his hip flexors to his training program in preparation for the following season.

To date he has not had a recurrence of the hamstring injury (2 seasons and counting) and he feels that he has become stronger and playing with a lot more confidence as he’s not worried about injuring himself.

Why is it needed?

Well long durations of rest can produce a detrimental effect on the body. It can change the way one walks and inhibit muscle growth and repair. Early activity means early recovery. However the key word is optimal and not to push through pain but to adopt a policy of weight-bearing as tolerated. For example you incorporate protection with this also in the use of appliances such as crutches, casts, braces to protect the area as it heals.

The use of ice is widely used in acute stages of injury. It produces a painkilling effect and helps to manage the immediate negative effects injury causes. However you may be surprised to learn that a reduction in swelling is not governed by ice application. Instead the important element here is compression.

The compression helps to reduce the available space for the fluid to accumulate and thus reduce swelling. This could be in the form of a compression bandage or tubigrip. Apply the ice for 10 minutes on, 10 minutes off for as long as tolerated. This provides the skin a rest from constant cold but also more importantly this insures the tissue temperature depth has not risen to pre-treatment levels and thus provides more effective ice application than the traditional 20 minutes as the ice reaches warmer temperatures. Ice can be applied in a damp towel to help maintain this residual coldness.

Elevation will also help to reduce swelling through gravitational effects and can be combined with gentle exercise that aid circulation such as tracing the alphabet with your ankle.

As with all injuries if there is an increase in any negative effect such as pain or swelling it is best to get it assessed.

Here at Woodside Clinic, we have been treating Rugby players for over a decade and have good links to the local clubs.

This website uses cookies to improve your experience while you navigate through the website. Out of these cookies, the cookies that are categorized as necessary are stored on your browser as they are essential for the working of basic functionalities of the website. We also use third-party cookies that help us analyze and understand how you use this website. These cookies will be stored in your browser only with your consent. You also have the option to opt-out of these cookies. But opting out of some of these cookies may have an effect on your browsing experience.
Necessary Always Enabled
Necessary cookies are absolutely essential for the website to function properly. This category only includes cookies that ensures basic functionalities and security features of the website. These cookies do not store any personal information.
Non-necessary
Any cookies that may not be particularly necessary for the website to function and is used specifically to collect user personal data via analytics, other embedded contents are termed as non-necessary cookies. It is mandatory to procure user consent prior to running these cookies on your website.
SAVE & ACCEPT